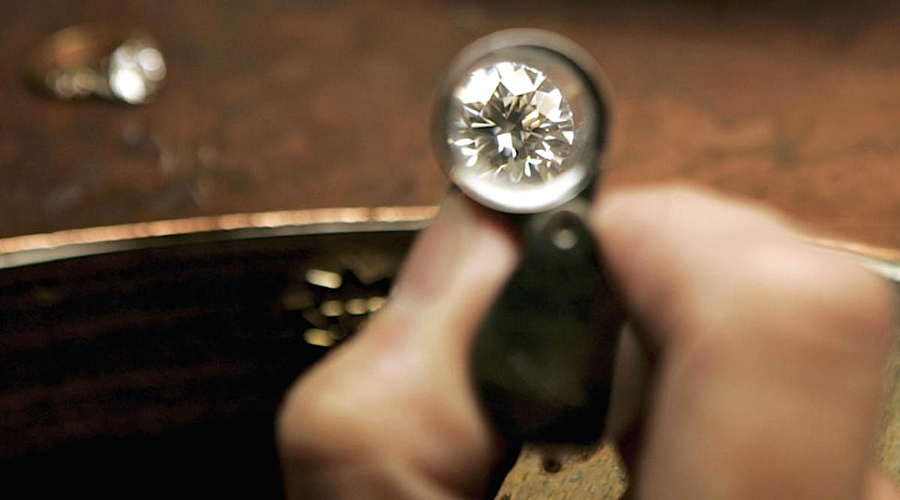 WHAT IS DIAMOND CLARITY?

Diamonds are natural gemstone minerals that were formed as a result of tremendous heat and pressure exerted deep within the earth when they were being formed. This process often produces some natural inclusions inside and on the exterior of the stone. When we evaluate diamonds, we inspect for the number of inclusions, their color and position in the stone. These details contribute to the stone’s Clarity grade.

There are 6 categories on the diamond clarity scale, from F for Flawless, to IF for Internally Flawless, which are the most expensive stones imaginable because they rarely occur. VVS, or Very Very Slightly Includes, VS for Very Slightly Included, then SI for Slightly Included all the way to I1, I2 and I3 for the three levels of Included. I3 indicates the most inclusions on the scale. After you learn about a stone’s inclusions, it’s wise to inspect the stone personally, because some included stones may have their inclusions ‘hidden’ behind prongs in a setting which is good because it minimizes the appearance of the inclusions. Or the inclusions can be so light that they have minimal impact on the diamond’s beauty.